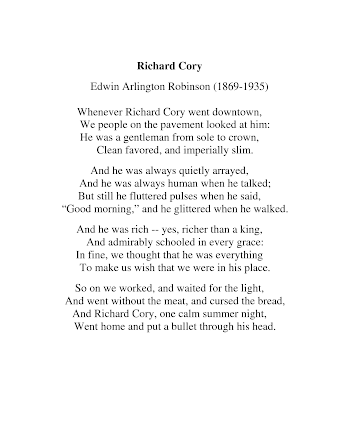 We all have been the victims of our own judgements. We wear the green glasses when we peep into other’s fence leading us to dwell on the famous cliché ‘The grass is greener on the other side of the fence’.
We think that the life others are leading is supreme, highly ordered, impeccably designed and to make it worse, we glorify the negatives of our own life. The word ‘Compare’ takes birth along with us. We compare our lives with others. Juxtaposing our life and other’s life, we tend to magnify our negatives. What we don’t have is always glorified, while we underline the positives of others. The grass of my neighbour is always a shade greener than our grass. And we wrap our heads in distress. We suffer. In other words, our judgement makes us suffer.
This poem, adequately rhymed and metered, is all about our judgement. The fallacy of our judgement. The poet includes himself when he states “We people” in the second line. Why? May be because he thinks that he too has judged many in his life. He too has fallen victim to the wrong judgement.
Richard Cory was impeccably dressed man with good cultured disposition. He exuded positivity in his surroundings. He was a man with gentle manners. Edwin Arlington Robinson, an American poet, has augmented the effect of that statement by saying ‘from sole to crown’. What a good use of metonymy here! To enlighten you readers, Metonymy is a figure of speech in which a related term is used in place of the actual word. Example: from cradle to grave. This means from birth to death. It is generally used to give an added flavour to the text.
Richard Cory was very rooted when he talked to others. His air of propriety allured everyone. He never prided on his pomp and glitter. A level headed persona that he was, he did not have any shortage of wealth. The line ‘he was rich – much richer than a king’ vouches for that.
As our shallow thinking pervades us, we start to think that wealth equates happiness, people here too had a similar thought. They thought what does Richard have to worry about as he had everything from good property to rich life. And amid all of these, they cursed their existence. They hated their lifestyle and did not see any worth in slogging from dawn till sundown. They judged a book by its cover literally losing their mind and sanity over it.
And one day Richard Cory after his day’s work, he went to his abode and triggered a bullet. Triggered a bullet and smashed the judgement of each and everyone to pieces. Sadly, people did not realise that Richard too had puffy clouds hanging over his head. The quiet and elusive Cory did change the perspective of the people on that day when the cloudburst happened.
The poem also talks only about his virtues filtering out his vices or maybe Richard Cory was a person who wanted to keep his dark secrets to himself or it also says a lot about a myopic role of our eye. Our eyes always view the glitterati and glam but what lays inside those is overlooked.
Richard Cory suffered deeply from something which was not known to public’s eye. His death dawns on us, signifying mental health is far more important in our life. Everything is secondary. Mental sickness dwells deep.
This poem is so relatable to our circumstances and the world we live in. Especially social media adds fuel to this turmoil. The people who we mindlessly follow, the glitz and glamour of this Instagram society and every whereabouts shared on facebook as well as other platforms, one can easily be trapped like the people in the poem. One can easily make a judgement of a book by its cover. What we do not know is social media is just or even less than 1 percent of one’s reality. A person wearing a red lipstick might have given her unused crib for sale. A person having a picture-perfect Instagram page might be battling with autoimmune condition. A person posting a travel picture might have just served a notice period and is jobless. Social media swallows all of those and gives out an eye candy picture of one’s life as a residue. We should throw out the judgemental lens and be happy with our current life and standing. Every day when we see ourselves in mirror, let’s say it aloud “The grass is green on my side of the fence too”. Because it surely is. Let’s do this and remain stress free in present and the remainder of our life.
Richard Cory is everywhere. Be in corporates, our society where we live, the college corridors or the place where we travel during our vacations. He is everywhere in the form of people we meet. But do not get carried away like the people in the poem. Do not judge their state of mind from the attire they wear and the car they tour on. They might be suffering too. We all do. In different ways.
One more point is let’s not be this Richard Cory who just showcased his positives or glamourous social status to the people around us. Know your circle, build a small community wherein you can share your vulnerabilities and seek help when in the time of need.
I heard yesterday this line “It is time we gather because we are in the verge of losing ourselves”.
Invest in your small circle. Do not fire the bullet.
#PoeticSaturdays

Popular posts from this blog

The Tale of Chitrapur and a Rabbit

May 16, 2020
Once upon a time, far away on the other side of Chitrapur, there lived a kingdom of Bansari. Bansari was the rich and prosperous king. He was known to be very kind with his subjects. The village under him and its villagers were not prospering and the people were not happy. Though he put lot of effort for his subjects and their happiness, it did not seem to work and somehow it backfired. They drowned in sorrow and lost themselves to ill-health. They often complained and fought with each other. The king saw that his people remained unhappy and wanted to do something to better the situation. He called all his experts and asked to assemble them on one evening. It was a full moon day and the king thought that waxing moon would bring some light on his villager’s lives and end their suffering.
The court was filled with chief advisors. Also, many people came to witness the meeting. The king sat on his throne. He discussed the pressing matter which came in way between him and his sleep. He to…
Post a Comment
Read more

Why children need their playtime?

May 17, 2020
Playtime is very essential for children especially in the growing age. We should make every effort possible to engage them in outdoor play. Children need to be in the outdoor space in order to show the signs of improvement in their cognitive as well as physical growth.
But what are the key effects or positive impact of a quality playtime on children.
Company matters We know a companion brings a change in our behavioural patterns. Infact in every walk of life, we need a good circle to help us build right manners, improve our intellectual capacity and bring in a welcome change in our conduct, in front of the society. Same goes for children. Children need to be around the children of their age group. Playing and being with other children helps them know the value of sharing and caring. They will know what is compassion and empathy by being around with other children. Compassion is very difficult to teach and it is learnt only by observing. We should lead by example in imbibing this value…
Post a Comment
Read more

Why Validate with a hug!

August 09, 2019
Smile no,  a quickened surge of excitement,
whatever but no coy word here i write
As it shakes my firmament
Maybe drawn to affection, first love that's right

But why a need to validate?
With a hug called as warm embrace

Why a need to validate it?
With a hug!


It might burn down the ashes of the physical need
What if it ignites the need of the soul?

What if makes the heart stutter,
Releasing the prisoned feelings and making it flutter

Why,  a need to validate?
With a hug!

Creative Space
I am Saranya Iyer, an Educator and a writer by profession. I also teach Spanish and creative writing. Writing is my first love which I want to extend it to all of you through my posts. Do give it a read. Also I love comments and feedback. You can share your feedback on my posts with your profile link which I will definitely visit. Thank you, much love!